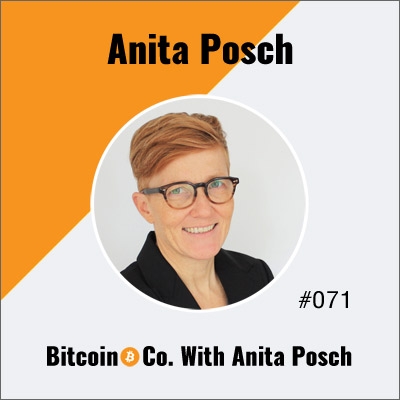 Lina Kather from the crypto-exchange BTCBOX Japan in Tokyo invited Anita Posch to do an interview about her Bitcoin experiences in Africa, the reasons why she is doing the work she does, her takes on Altcoins, privacy, the importance of the Lightning Network and why she believes that Bitcoin will stay the world's dominant cryptocurrency in the future.

"Bitcoin is here for 11 years now and it runs very reliable and it's very secure in itself. The other system, the banking system, we have this for two or 300 years. We have gold for thousands of years. And, so people have also to see that they can trust in new technologies and new forms of money, like Bitcoin." - Anita Posch

"I think that Bitcoin will stay the most dominant cryptocurrency in the world, because its roots are like grassroots, its networking effect, it has grown from some nerds who used it at the beginning, to a worldwide known money, this is huge without having a company behind it or any marketing money or something like that." - Anita Posch