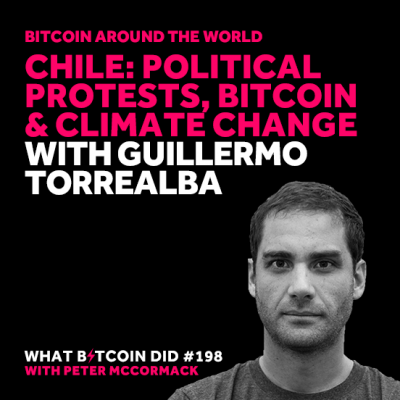 Chile was one of South America’s richest and most politically stable countries, but recent political unrest has led to daily violent protests.

These protests are considered the worst in Chile’s history and were sparked by a rise in the Santiago Metro's subway fare. This was seen as another attack on the working class and highlighted the inequalities prevalent in the system.

Since the protests began on October 7th there have been a reported 29 deaths, 2,500 injuries and over 2,800 arrests.

In this interview, I talk to Guillermo Torrealba the Co-founder and CEO of Buda, a Bitcoin and cryptocurrency exchange that operates in Chile, Argentina, Colombia & Peru. We discuss the ongoing political crisis in Chile, Bitcoin and climate change.