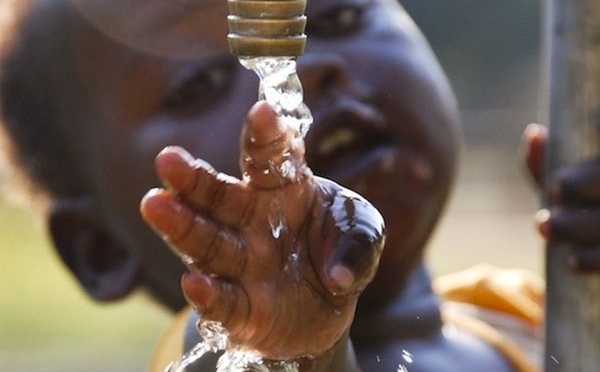 Bitcoin Adoption in Developing Countries May Take Longer Than Expected 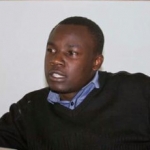 When I first heard about Bitcoin and listened to Andreas Antonopoulos discuss the other six billion, I thought that Africa was the ideal use case for Bitcoin. Let's face it, most of Africa is unbanked; most of Africa can't transfer money internationally, and financial services are very expensive in this part of the world. I have two bank accounts in Zimbabwe because I think it's very risky to have only one. Both banks charge me monthly just to keep my account active, I pay at least $3 US in transaction fees for every transaction that is not a deposit, and if that is not enough, I get terrible customer service every time I have to visit the banking hall.

The sad thing, however, is that the financial services problems we have in Africa are nothing compared to the other problems we have to deal with every day. Clean water is not readily available even in urban areas, and when it is, it's not safe for human consumption. Another example is energy: many people here do not have a reliable electricity supply, even when they can afford one. The ability to make international wire transfers becomes a luxury when you don't have enough food to feed your family. So does Bitcoin solve a First World problem? Does Africa have bigger problems to worry about? I'd like to hear your thoughts on this in the comments section below.

One of the bigger uses of Bitcoin today is tipping, so I will use this as my first example. When I visited the United States for the first time, I was shocked at how you're expected to leave a tip in most restaurants. In one restaurant I visited in DC, the tip was actually included in my bill. In my country, there are very few places you would be expected to tip, and even in those places, tipping is only practiced by the elite and tourists. One reason for the difference is that in developed countries, where Bitcoin adoption is strongest, disposable income is more abundant, which brings me to my next point.

If you own a coffee shop and make some extra earnings (profit) everyday, then you have the capacity to sell a few cups for bitcoin. In fact, if you had always wanted to experiment with Bitcoin, then selling coffee for bitcoins could be a good opportunity. Now imagine if you run a microbusiness, making just enough money to survive and stock your store for tomorrow. Bitcoin would automatically be a luxury you couldn't afford to experiment with. The reality is that developed countries have many examples of the former, while developing countries have more examples of the later. Bitcoin is more likely to thrive in areas where people have disposable income that they can convert to Bitcoin and experiment with.

It has always been very hard to buy and sell Bitcoin in developing countries. Decentralized exchanges like LocalBitcoins.com are starting to make it easier, but the problem with decentralized exchanges is that they allow individual traders to set their own prices, providing opportunities for arbitrage. Arbitrage is when you buy a currency on one exchange and sell it on another, taking advantage of the difference in prices to make a profit. If the only place you can buy Bitcoin is a decentralized exchange, and if the prices are higher than the market price, then you are going to have less incentive to try Bitcoin.

Of course there are some exceptions, but few people are working on startups in this part of the world to make it easier for small businesses or individuals on the street to use Bitcoin. Let's illustrate this with an example: before we had startups like BitPay, it didn't really make sense for businesses to start selling their products for Bitcoin because of volatility risk and the difficulty of fiat conversion. BitPay has now solved that problem, and for many businesses, the only risk of accepting Bitcoin, it seems, is that you will end up getting more sales than you can handle. This is a genuine concern for some businesses. The point I am getting at is that for people or businesses to start using Bitcoin, they have to overcome a number of challenges, and it would be easier if startups were willing to take that pain away from users. Unfortunately there doesn't seem to be a lot of activity in Africa's Bitcoin-startup space. Later in this article, I will suggest some ideas of how we can solve this.

What We need to Get Bitcoin to Work in Africa

Making it easy for people to buy and sell Bitcoin at the market price is a necessary first step. A market maker with enough liquidity to support both buying and selling of Bitcoin for fiat would help. A liquid exchange would reduce the risk faced by interested locals, make it safer their friends or relatives to send remittances from the diaspora, and enable parents to send reverse remittances to their children in universities abroad from countries like Zimbabwe where it's difficult to send currency abroad.

Setting up a market maker anywhere in the world is not easy, nor cheap, but I think it will be easier for local entrepreneurs to bootstrap their solutions, than for more established foreign companies such as Coinbase to enter the space. Foreign companies would face several difficulties, including complying with local regulations, establishing partnerships with local banks, servicing unbanked individuals, and partnering with local mobile network operators.

It's very difficult to get new people into Bitcoin. As Bitcoin gains popularity, regulators and policy makers are going to be watching it very carefully. People will need guidance and proper education. Hence, a Bitcoin organization focused on growing the ecosystem in developing economies is needed. Bitcoin is analogous to a startup, and as with any startup, marketing is an important ingredient for success. Besides helping businesses understand Bitcoin, a local Bitcoin foundation might also take advantage of the tech hubs that have been mushrooming throughout Africa over the last couple of years. Such targeting could attract more tech entrepreneurs to work on Bitcoin-related solutions. We now have hundreds of tech hubs in Africa. If you are unfamiliar with tech hubs, Nicolas Friederici has done a great job of explaining the concept. I have no doubt that a local relationship between a Bitcoin foundation and tech hubs will go a long way in promoting entrepreneurship in the Bitcoin space.

This one is key. If we had a local company that could take away Bitcoin-acceptance risks -- volatility and not knowing what to do with the bitcoins when you have them -- then more businesses and individuals would be willing to enter the ecosystem. I don't know whether it's easier for companies like BitPay to expand into these markets, or whether it's easier for local entrepreneurs to build homegrown solutions, but I do think that the later is always better.

I doubt that Western Union or MoneyGram will ever be able to lower their transaction fees to something closer to 20,000 Satoshis (~8 cents). However, with Bitcoin low fees are now a possibility. Come to think of it, if you're not worried about quick confirmations, then Bitcoin potentially brings down the transactional cost of cross-border remittances to near zero. Friends and relatives sent $32 billion US to Africans last year, but they lost $2 billion to transaction fees. This is ridiculous! A few months ago, William Suk gave us an in-depth review of a remittance service that was built on Bitcoin and is working today in Kenya. In my opinion, remittances are the low-hanging fruit, and it's only a matter of time before we see similar solutions being deployed in other developing countries.