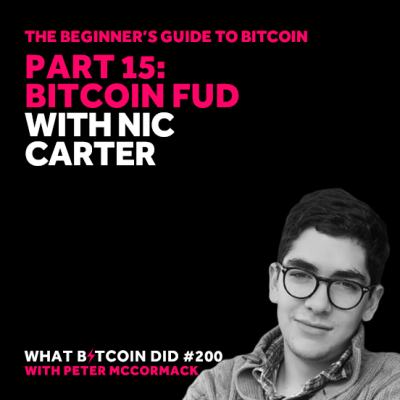 Bitcoin is a peculiar beast, and as with any new technology, it takes some time to understand it and its potential impact on the world. While Bitcoin media reporting is improving, there are still lots of untruths and myths that are perpetuated by mainstream media. Further, competing projects, anti-Bitcoin proponents and the uneducated add to the confusion by repeating false accusations.

Blanket statements such as "Bitcoin is only used by terrorists, criminals and money launderers" or "proof of work is wasteful and uses as much energy as X country", continue to cast a shadow over the technology.

Bitcoin is still a relatively new form of digital money, the likes of which the world has never seen, as such, it is easy to be misled by outdated or poorly formed arguments. “Bitcoin isn't backed by anything” is another commonly used argument, which fails to recognise that neither is fiat currency and is printed at will, whereas Bitcoin has a fixed supply.

In this interview, I am joined by Nic Carter, a partner at Castle Island Ventures, and we discuss and dispel the myths, untruths and FUD that Bitcoin faces.