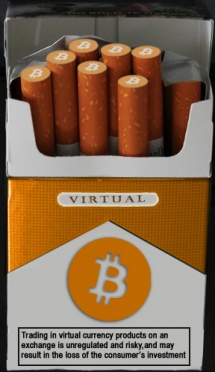 Recently I took out Twitter to note my surprise that only a handful of folks have bothered to watch the "Conference of State Bank Supervisors Public Hearing on Virtual Currencies" on YouTube. The conference was part of a "CSBS Emerging Payments Task Force Public Hearing on May 16, 2014." It took place a week after the Federal Advisory Council and the Board of Governors of the Federal Reserve met and discussed Bitcoin at great length at their quarterly meeting. The speakers were announced on May 5. This becomes even more surprising as the US Government Accountability Office linked to the hearing in its blog report "Risks of Virtual Currencies" in "Watchblog: Following The Federal Dollar." I guess it is a "Watchblog" with no one watching?

At the public hearing, Megan Burton, Chief Executive Officer of CoinX , noted the overwhelming obstacles that they encountered with banking institutions. Though you probably would not know this if you read the transcription of the hearing (PDF), which erroneously credits "Annemarie" or "Annemarie Tierney, EVP Legal and General Counsel at SecondMarket" with the comments:

We've actually been turned down by about 61 banks now. That's overwhelming. We never get to the word cryptocurrency. We state the word MSB and the conversation halts.

I wouldn't say that it's specific to this panel that you see before you today. I think it stems specifically to us being put in a category of high risk. In this meeting, what was fascinating was the fact that when I talk about the transaction flow that we could potentially have, the sheer volume of what would go through, when you think about how exchanges operate whether it's the CME, ICE, NIMEX, NADEX, you name it, there is a tremendous amount of volume that passes through that exchange, the connection of a buyer and a seller. A community bank is typically not equipped to be able to handle that level of transaction volume, nor do they have the insight into my business to know how to gather enough information at the KYC process to know who we're touching and what we're doing.

There needs to be a bridge between where we are as a MSB in a high risk category and where the banks are and how they're being regulated to be able to facilitate better communication between the two.

Burton's comments on community banks are interesting. When larger institutions are rejecting Bitcoin companies' applications, they are putting additional pressure on smaller banks, i.e., community banks who are being approached to fill this void.

And what can community banks use as guidance when dealing with these newfangled Bitcoin companies?

Well, on June 23, five weeks after the Conference of State Bank Supervisors Public Hearing on Virtual Currencies, the ICBA, or the Independent Community Bankers of America Clearing House, and The Clearing House (TCH) issued a thorough twenty-five-page white paper entitled "Virtual Currency: Risks and Regulation" (PDF). This report is also available as a PDF through short URL at www.icba.org/virtualcurrency.cfm, as well as the TCH website.

The Independent Community Bankers of America is the "nation's voice for more than 6,500 community banks" with "nearly 5,000 members, representing more than 24,000 locations nationwide" and holds "$1.2 trillion in assets, $1 trillion in deposits, and $750 billion in loans to consumers, small businesses, and the agricultural community."

And further, "ICBA member community banks create symbiotic relationships with the communities they serve, favor local decision-making, while adhering to the highest business practices and ethical standards, and support a democratically governed association where each member bank has a voice and a vote."

The Clearing House, according to its website was "established in 1853 by the nation's leading banks. The Clearing House originally functioned as the de facto central bank for banks in the United States long before the Federal Reserve was formed."

And as noted in the white paper,

The Clearing House is the oldest banking association and payments company in the United States. It is owned by the world's largest commercial banks, which employ over 2 million people and hold more than half of all US deposits. The Clearing House Association LLC is a nonpartisan advocacy organization representing - through regulatory comment letters, amicus briefs and white papers - the interests of its owner banks on a variety of systemically important banking issues. The Clearing House Payments Company LLC provides payment, clearing, and settlement services to its member banks and other financial institutions, clearing almost $2 trillion daily and representing nearly half of the automated clearinghouse, fundstransfer, and check image payments made in the US.

The white paper also makes reference to the Conference of State Bank Supervisors:

A large number of US states currently participate in the Nationwide Mortgage Licensing System (NMLS), a web-based utility operated by the Conference of State Bank Supervisors State Regulatory Registry, through which participating states and the federal government administer certain individual and corporate mortgage lending licenses. The functionality available within NMLS has recently been expanded to permit states to utilize the system to administer licensing of payday lenders, money transmitters, check cashers, and other types of consumer financial service providers. . . . The existing NMLS infrastructure could be expanded to include licensure of virtual currency market participants.

Perhaps it is a bit surprising that ICBA was involved in drafting the report because while it was being drafted, Cary Whaley, vice president of payments and technology policy for ICBA, told Bloomberg News in "Bitcoin Breakthroughs Studied by Banks the Currency Is Out to Replace" that they had no interest in "using" Bitcoin:

"That reputation makes banks reluctant to use the digital currency directly, said Cary Whaley, a vice president at the Independent Community Bankers of America. While virtually none of the group's members are interested in using the digital money, a small number are examining its concepts, he said."

However, the regulatory scrutiny that community banks face has been compared to that of virtual currency upstarts in Informationweek Bank Systems & Technology "How New York State Is Looking to Regulate Bitcoin" as well as PaymentsSource "New York Sees Bitcoin as a Catalyst for Modernizing Regulation," both of which use NYDFS as a reference. And shortly after the report was released there were grumblings on BitcoinTalk about banks', and in particular community banks', interest in Bitcoin.

Too big to fail does not mean too small to succeed. Community banks importance to the financial system became clearer during the 2008 financial crisis, which illustrated what happens when banks become "too big to fail." In July, the Senate approved an amendment to reserve a seat on the Federal Reserve Board of Governors for an individual with community banking experience. It is interesting to note that OTC Markets Group Inc., which operates financial marketplaces for 10,000 US and global securities, recently announced the first banks to trade on the OTCQX marketplace "under a new streamlined qualification process for US community and regional banks." This also happens to be where SecondMarket (i.e., Bitcoin Investment Trust) is proposing to launch a bitcoin investment fund for ordinary investors in competition with the Winklevoss Bitcoin ETP (exchange-traded product) commonly referred to as an ETF (exchange-traded fund).

A statement of purpose for "Virtual Currency: Risks and Regulation" succinctly explains the goal of this document:

I hand picked some additional quotes from the paper and found the footnotes particularly interesting:

Live market capitalization of 158 convertible virtual currencies can be viewed at https://coinmarketcap.com

Primary sources for this section [The Bitcoin System and Bitcoin Transactions] are the Nakamoto paper cited at fn. 7, above; CoinDesk's A Beginner's Guide to Bitcoin (available at http://www.coindesk.com/information/); and Blockchain.info, which hosts the publicly searchable blockchain database and technical information regarding Bitcoin mining.

Given the lack of international consensus regarding classification and treatment of virtual currencies, the regulatory approach ultimately adopted by the US is likely to have a significant influence on the shape of the global virtual currency economy in years to come.

Notwithstanding the use of the term "wallet," it is not necessary that users store their Bitcoins in their wallets. In fact, for security reasons, users are often advised to store a list of their Bitcoin serial numbers [sic] on paper, a USB key, or a non-internet-connected hard drive (all of which are referred to as "cold storage" or "cold wallets") rather than in an online (or "hot") wallet. The user must then load the Bitcoin into the wallet prior to using it for a transaction.

In some cases, there will be no wallet provider associated with a Bitcoin wallet. Where there is no wallet provider, there is no entity that can be subject to regulation other than the user. Regulating the user would not likely be viewed as furthering the consumer-protection policy that motivates much of the existing payments regulatory framework.

It is unlikely that exchanges that accept and maintain fiat currency accounts would be deemed to be taking deposits for purposes of US banking laws, as (i) most exchanges that engage in such activity use a bank custodian model and (ii) most virtual currency exchanges are either located outside the US and/or have established banking relationships with non-US depository institutions.

A team of core developers, led by developers allegedly appointed by Satoshi Nakamoto, has a leadership role in proposing changes to the Bitcoin protocol. However, that team has no authority to force the Bitcoin community to accept such changes.

One existing unregistered virtual currency exchange advertises that it will be offering customers the ability to earn interest on the Bitcoins those customers deposit with the exchange at an attractive rate. In this regard, the exchange could be seen as offering a security (an investment contract) to its customers.

While virtual currency market participants may eventually develop an insurer similar to the FDIC or SIPC, or may even be able to obtain insurance coverage from private insurers in a more decentralized fashion, in the absence of a meaningful insurance fund, regulators should ensure that consumers and others engaging in transactions on virtual currency exchanges receive adequate warnings of the risks involved in that activity (e.g., that trading in virtual currency products on an exchange is unregulated and risky, and may result in the loss of the consumer's investment), similar to disclosures required for penny stocks or even the Surgeon General's warning regarding use of tobacco products.

The white paper in part concludes that:

This white paper has described certain of the risks faced by consumers and others that hold or transact in convertible virtual currencies, and has evaluated certain ways in which US regulatory authorities may consider regulating virtual currency transactions, products and marketplace participants based on their functional similarity to other transactions, products and marketplace participants that are regulated. The failure of Mt. Gox earlier this year, and the value that may have been irretrievably lost in connection with that failure, serves as a perfect backdrop for this white paper. The aggregate number and value of virtual currency transactions and holdings in the US is small relative to most other regulated payments transactions and trading markets. However, the emerging nature of the virtual currency marketplace creates an opportunity to develop and implement a regulatory framework to mitigate risk to consumers and others without unduly burdening innovation and while the structure of the marketplace remains malleable.