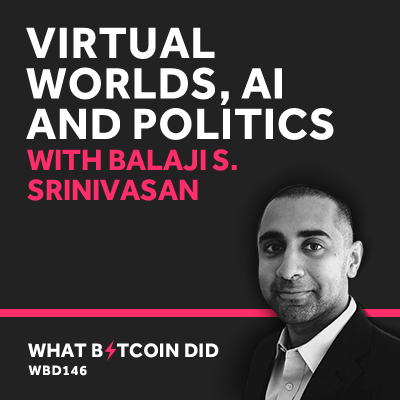 “That aspect of folks finding their ideological compatriots in the cloud and then migrating physically is the story of the century.” — Balaji Srinivasan

A little over a year ago Coinbase announced the acquisition of Earn.com in a $120 million deal. Earn.com allows users to earn cryptocurrency by replying to emails or completing tasks.

As a vital part of the acquisition, Balaji Srinivasan the CEO and Co-founder moved into the role of CTO at Coinbase where he oversaw the integration of Earn.com into the exchange and the launch of the Coinbase Earn. This allowed users to learn about, answer questions and be rewarded in cryptocurrency (closing +$300M in deals worth of crypto to distribute).

After a year as Coinbase CTO, Balaji departed the company. A year where they managed to raise $300m, at $7.7bn valuation, navigate a brutal bear market and build out an entirely new infrastructure to support multiple crypto assets.

In Part 1 of this interview, Balaji and I take a deep dive into the world of virtual reality and gaming, the integration of AI into our daily lives, politics and state surveillance. These are not unfamiliar subjects for the podcast, but the questions and ideas Balaji raised undoubtedly were.

Could migrant workers use virtual reality to work remotely without the need for a visa? Could your local coffee shop barista become a simulated ‘non-player role’? Will humans one day emigrate not to a particular country but geographically, based on a belief system?

Balaji Srinivasan joined me in San Francisco to discuss this and lots more. As well as: