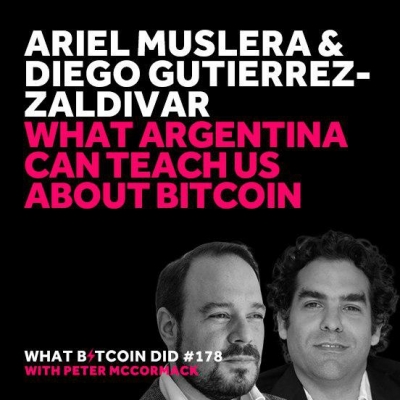 Bitcoin is still mostly a speculative asset in the developed world. However, in countries with a history of poor monetary policy, Bitcoin is now a viable hedge against high inflation and government seizure.

Argentina's recent history is one of poor monetary policy. Between 1991 and 2002 the Argentine Peso was pegged to the USD with the central bank claiming to operate a full reserve. This peg was used to combat hyperinflation and initially appeared to work with inflation falling from 3000% in 1989 to 3.4% in 1994.

With hyperinflation and the capital controls used by the Argentinian government, many locals look to find ways of protecting their wealth with hard assets. While many will use USD and real estate, more and more are turning to Bitcoin as a way to preserve their capital.

In this interview, I speak to Ariel Muslera and Diego Gutierrez-Zaldivar about the current state of monetary policy in Argentina, the political landscape, and how more and more Argentinians are using Bitcoin to hedge risk.