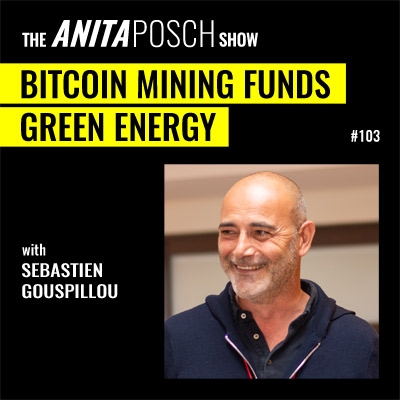 My guest is Sébastien Gouspillou, he is the Co-Founder and CEO of BigBlock Datacenter a Bitcoin mining company based in France. BigBlock Datacenter is running several mining farms in Russia, Central Asia, and Africa. His mission is to qualify France in the world competition of proof-of-work. We are going deep into the business and the ecological effects of Bitcoin mining. "Since bitcoin responds to a major need and is there to last, it seems more relevant to take advantage of this new electrical demand than to be afraid with catastrophic studies or to wait for a miracle protocol supposed to replace the proven principle of proof of work." - Sébastien Gouspillou "Each country with big not carbonated electricity resources will mine and have an economical advantage over other countries." - Sébastien Gouspillou Topics: