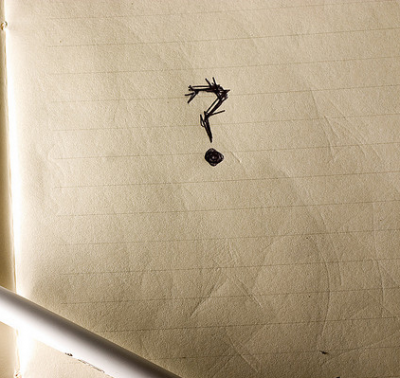 An Open Letter to Jason King of Seans Outpost

Editors Note: At the authors request, no comment has been solicited from any involved party pre-publication

First off, I want to say that I believe Seans Outpost has a tremendously valuable mission. Any organization that has served over 125,000 meals to the homeless is doing amazing work, and deserves to be commended for that.

When it comes to charitable organizations, I believe that transparency and accountability are extremely important. It is always the responsibility of a community to ensure that the individuals and organizations it entrusts with funds are using those funds responsibly. When an organization chooses not to make use of either cryptographic safeguards like multi-signature controls and public blockchain accounting, or the traditional structures for transparency and accountability such as 501c3 status and public financial filings, that communal responsibility is increased.

For the past few weeks Ive been trying to get a full understanding of Seans Outposts operations. Based on my conversations with a number of people, there are several questions that have continued to be troubling. Obviously you are under no obligation to answer these questions, and they may seem aggressive, intrusive, and unfriendly, and for that I apologize. As I stated in my private message to you a few weeks ago, I'm not trying to be a dick, just trying to create sustainable best practices to protect people. I believe these are the sorts of questions that anyone asking for peoples money should have to answer, even if it is unpleasant to do so.

We have already done the process to become in good standing again it's just not reflected on the sunshine website. It is quite embarrassing, but ultimately doesnt effect operations at all.

According to the State of Floridas Corporation Annual Reports/Reinstatements office, they have no record of any action initiated to reinstate Seans Outpost, and the people I've spoken to affiliated with Sean's Outpost were not aware of the dissolution until yesterday. Can you explain this discrepancy? Surely being legally dissolved has at least some impact on operations? As one example, this Florida statute which can be found here seems to prohibit the solicitation of funds prior to the approval of a charitys renewal statement.

do not derive any salary or monetary compensation from Sean's Outpost. In fact, the cost of running Sean's Outpost has greatly outpaced the amount of donations we have received. The additional costs of operating have to date been covered by wife and I.

Are there any of your expenses paid out of Seans Outposts donations that you don't consider to be monetary compensation? For instance, have donations paid for your meals, lodging, and travel to conferences? If so, how many BTC/how much USD would you estimate has gone towards these expenses? Finally, how much money/BTC have you and your wife donated to Seans Outpost, outside of the time you have donated?

I sincerely hope that these questions can be addressed.

Updated to include Jasons initial response.

I'm going to try and type a response out quickly as I am getting ready to fly back to Pensacola. I'm sure it will not be as through as you would like, but I will revisit at the end of the day.

First off, I don't think you're being a dick. I think anyone who has been as fortunate as I have with being able to generate this level of support for our cause needs to stand up to scrutiny. Your tactics are sensational for sure, but link bate works!

People will read the hell out of this.

Going to try and go in order...

Administrative dissolution: This is a form and a fee to reinstate. Which has been paid and filed. There is no bar to clear in terms of getting back into good standing. More so, I have deep reservations about being a registered charity. I think that asking permission from anyone to do good is ridiculous. Had we not purchased Satoshi Forest we would probably not have registered as an organization. Our organization would continue to feed the homeless no matter what our legal status. And correcting our status within the fiscal year alleviates any concerns as to our property ownership.

Cryptocurrency control has been mine. So any shortcomings on reportings are mine alone. Similarly, Mike Kimberl has control over the bank account that coins are sold into.

From day 1 we have reported our cost of producing and delivering a meal at $1.25. We have currently fed over 130,000 meals to the homeless. Which to my knowledge has never been in dispute. We are very public and frequent with our meals. That cost, plus the publicly available lease and utilities information from the other post you quote, is greater than the USD value of all public donations(not from my wife and I) given to Sean's Outpost since inception.

Can I give you an exact accounting off the top of my head. No. Is that ok? No. The main reason is we have always strived to do the most possible with the amount given. And we have done that in spades. As to my personal contributions, I have donated hundreds of BTC towards Sean's Outpost.

I am not balling or hoarding and in truth would give up all I have and will have in service of the less fortunate.

I am all of those Jason Kings you have listed. Serial entrepreneur and general asshole for most of my life. You left out my most spectacular fuck up. In 2011 I was an Associate on staff at TechStars Seattle and COMPLETELY FUCKED UP my relationship with that organization by having a very public very messy overdose from Methamphetamines and other drugs and all of the other related problems from being a piece of shit addict. Consequently that was my first brush with homelessness. I live in the utility closet in the basement of techstars "the easy" for over a month.

And that was rock bottom. It took a few years, but I got my life back together. And with a new outlook have dedicated my life to the service of the less fortunate In my previous response I outlined steps I thought Sean's Outpost and btc charities should start implementing to help transparency. And we are working on them now. I still firmly believe that the best thing a charity can do is show the work it does.

Which i think we have done well and publicly.

And we will do much better in the future.

Our works are public and verifiable and outnumber the value of donations given.

Our current bitcoin holdings are 2.1btc and most of that is about to pay the mortgage on Satoshi Forest.

The QR code snafu was an accident caused by Lisa Cheng who was kind enough to donate the website Overhaul for us. She corrected it immediately after notifying. I have left her name out of previous comments because i didn't think it was a big deal and was rectified quickly.

I'm sure I left out a lot and or caused more questions. Im getting on a plane so it will be a few hours.