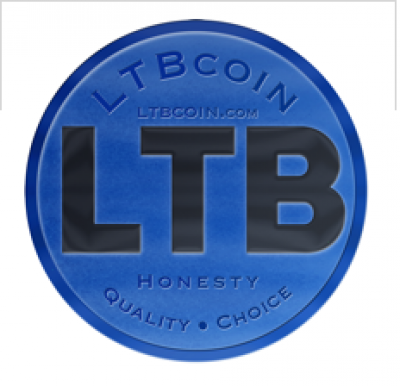 An Alternate Reality for LTBcoin

Recently on my LTB network podcast, P2P Connects Us, Matthew Deiters joined the show to talk about his company, Assembly. Assembly is a collaboration platform for open source software projects with a twist: contributors actually get paid if the project is successful in the market. The way it works is that someone with an idea for an app creates a project on Assembly and is issued an initial sum of “Assembly coins.” At the time that they are issued, the coins aren't worth anything because no value has been created to back them. It's up to the project founder to create bounties using the Assembly coins which collaborators on the platform then complete to earn the bounty and add value to the project. As more bounties are completed and the project gets closer to completion, the coins begin to take on more value and people are more likely to jump in to earn a piece of the pie. When the app is ready to launch, it gets released on the open market. As money starts to roll in from customers, revenues are distributed proportionally to all holders of the app coins, minus a fee for Assembly for providing the platform and doing some of the heavy lifting early on. The more successful the app, the more revenues contributors earn.

LTBcoin was created under a different premise. Rather than representing equity or revenue share in the Let's Talk Bitcoin network, LTBcoin is effectively backed by demand for sponsorships (Ed: and other services offered by the issuer of the token). It is advantageous for sponsors to purchase LTBcoin and use it to pay for sponsorships because sponsorships are priced at a significant discount in LTBcoin compared to other tokens. Since LTBcoin is limited in stock, this demand creates a market price, which should go up over time as the LTBcoin inflation rate goes down and the popularity of the platform goes up. Thus, there is an incentive for audience members who are earning LTBcoin through the various giveaway methods to save the token and promote shows on the network to others in order to grow the audience and make the platform more attractive for sponsors. As time goes on, the price goes up, early recipients begin to cash out by selling their LTBcoin to sponsors or ad brokers, and the LTB platform keeps the giveaway cycle going for as long as there is an audience to give tokens to. Everyone wins: content creators who are rewarded for creating content, audience members who are rewarded for participating in the community and helping to grow the audience, sponsors who have a bigger and more engaged audience to advertise to, and the platform creators who helped make it all happen.

In the LTBcoin model, token price appreciation hinges on two assumptions: one, that the LTB audience will continue to grow, and two, that demand for sponsorships will grow with it. If holders lose confidence in either of these metrics, they could trigger a sell-off that would crash the price of LTBcoin, perhaps beyond recovery. Since infinite growth isn't a possibility in our finite world, I expect that the market price will in the best case scenario reach a plateau. What happens after this is a bit of a mystery. Will audience members sell their tokens as fast as they earn them? Will early adopters cash out and tank the price? Answering this question for LTBcoin isn’t actually too different from answering this question for bitcoin.

As long as there is a demand to use the bitcoin blockchain, bitcoins will have a market price. Similarly, as long as there is a demand for LTB network sponsorships and other services for which LTBcoin is accepted at a preferential rate, LTBcoin will have a price. But since LTBcoin have near-zero marginal cost of production and community members earn LTBcoin more or less for free by doing what they already do – consuming content, commenting on blog posts, chatting in the forums, etc – there is no meaningful floor to the price of LTBcoin the way that bitcoin has a theoretical price floor somewhere around the marginal cost of mining new bitcoin (assuming that demand is relatively stable, and as bitcoin adoption increases that demand could grow more inelastic). The logical conclusion of the economics and game theory here seems to indicate that once the LTBcoin price reaches a plateau, people will have an incentive to trade the token at pretty much any price greater than zero for an asset with greater liquidity and wider acceptance. After all, what reason is there to hold it if there's a) no expectation that its value will go up in the future and b) an expectation that there will be strong sell pressure from people who earn the coin practically for free?

Thinking about this uncertain future led me to brainstorm ways to give more utility to LTBcoin so that its value wouldn’t seem so ephemeral. After Matthew explained Assembly coins to me, I dug into the platform's terms of service to find out how this was legal and once I understood how it worked, I knew I had found what I was looking for. Under the hood, Assembly coins are just a way to keep track of how royalties are split for contributions made to Intellectual Property owned by Assembly. This is a perfectly legal arrangement, just one of the ways that people are thinking about how crypto-tokens can be used within existing legal frameworks. So I got an idea: what if LTBcoin were, in addition to being used as a currency, also used the way that Assembly coins are used? After all, everyone who earns them is contributing to the development of the LTB Network's “Intellectual Property,” ultimately giving community members a role in the future success of the LTB platform. As long as certain paperwork was filed to account for royalty distributions to LTB community members, everyone earning the coin could be receiving a share of sponsorship revenues denominated in another token that could go up in value over time: bitcoin!

A shift to the Assembly coins model would likely fundamentally change how the LTBcoin program works. Instead of the tokens being given away, they would instead have to be held by the platform and used simply as a public accounting method for how royalties are split amongst all contributors (to avoid being classed as a security). People who want to receive royalty distributions would have to give Let's Talk Bitcoin identity information for tax purposes (which is apparently already a thing anyways). Maybe there could be a choice about whether to opt in to either the royalty distribution program or the sponsorship-backed token program, so that pseudonymous audience members don't feel left out. The specifics are up for debate – if you have any ideas about how this new model for LTBcoin could work, let me know in the comments, and if you like things the way they are and have confidence in the long-term value of LTBcoin, feel free to share your thoughts about that too! As a fellow guinea pig in the grand monetary science experiment that is cryptocurrency, I'm just excited to be here at the forefront, testing new ideas and seeing what works – and what doesn't.

Post-Script: After sharing this article for others to review, I received several smart and helpful suggestions from econo-blogger Steve Waldman, who recently gave a talk on crypto-asset design and valuation at the Silicon Valley Bitcoin Meetup. I will be sharing his insights in a future post.