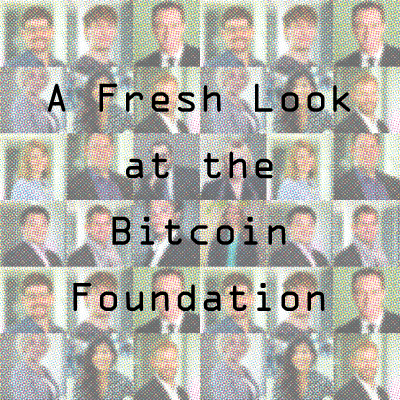 A Fresh Look at the Bitcoin Foundation, Part One 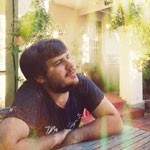 This series of posts will show the perspective of a relative newcomer to Bitcoin, focus on the function of the Bitcoin Foundation, and cover aspects such as such as communication, public perception, efficiency, as well as transparency.

I only recently joined the foundation, after looking for a way in which I could provide support towards Bitcoin’s development. The foundation is arguably the "official" organisation behind Bitcoin for many reasons, although it is important to note that the two are independent. One is a decentralized, open-source cryptocurrency. The other is a nonprofit organization.

I paid US$25 for an annual individual membership, and it only took about 30 seconds of my time to obtain. On top of my hope to support the development of Bitcoin, I was also interested in the upcoming elections.

I eventually received an email informing me that I needed to activate my account to vote in the election. This process took about 30 to 45 seconds.

After the activation deadline passed, it was revealed that roughly 80% of eligible voters had not activated their accounts. (The need to do so was arguably only communicated via email). I was surprised for two reasons:

I quickly became far more interested in the foundation’s inner workings than in the election itself, and could immediately sense that communication (or lack thereof) was a huge issue.

My goal in writing these posts is that I see doing so as the best way to participate in the foundation at the moment. Although I am not a qualified journalist, I do have a fair amount of previous experience running various blogs and working with journalists, and I am familiar with how the media operates.

The standards I would hope to see are a communication system that encompasses unfettered access to published information, as well as facilitating modern standards of community interaction. At the moment, I do not believe that the foundation lives up to these standards, nor does it operate anywhere near them.

It is worth laying out a few facts about myself in this first post. I am not a programmer. I am not an expert on how nonprofit foundations operate. I am not an expert on the development of open-source software. I am not very familiar with how politics works, and I am not a Bitcoin veteran. Simply put, I think that the ability to send money using the Internet is probably going to change the world, and when I see a foundation with communication issues that could easily be solved, I think they are worth discussing. Beyond that, I am just a naive newcomer.

While it is easy to point to the disadvantages of the newcomer’s perspective, it is somewhat difficult to try and quantify what the potential benefits are. I have already made a number of posts on the foundation’s forum, and during this time, I have received some positive engagements from other people (both in public and private). I’ve been told by others that my unbridled optimism and complete unfamiliarity with previous historical issues allows me to see from a perspective that isn’t usually considered.

If you are interested in reading some of my posts on the foundation forums, you can visit my forum profile. (However, it is currently unavailable to unregistered users, which is a topic that I will discuss in another article.)

The best place for me to start in all of this is with the official website. I imagine that most people who learn about the foundation do so through the website. Although there are probably numerous resources and citations that exist on external websites, a new user may actually visit the foundation’s website and try to educate themselves there. For this reason, I will primarily attempt to use the main website and resources.

The current website is best briefly summarized as being a cacophony of half-realized projects that leads to an environment where access to information is impeded, communication is hindered, and progress can only be construed as stagnant. It is difficult to talk about one issue and claim to have proven any of these statements, but I hope it is something that I can show over time.

On almost all discussion forums, any mention of the foundation is usually followed by numerous accusations of it being ineffective. It seems to be mentioned in a negative light more often than a positive light. Rather than quote numerous comments that can easily be found, it is easier to quote a single person’s view for now, and acknowledge that this is a general perception that does exist today. 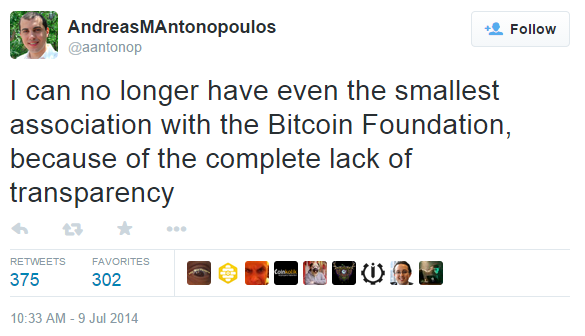 You will note that these comments are dated from some time ago. Has the foundation worked to fix the perception that it operates without transparency since that time? Has there been any effort at all?

Before discussing the foundation any further, it is important to note how its goals are currently defined on the website. To find the goals of the organization, I had to manually click through the sliding banner at the top of the front page and retype the following text (which is displayed using images and is therefore not selectable):

What we do: We fund development of Bitcoin Core and create new avenues for people to participate in the bitcoin project.

Who we are: A nonprofit organization that provides funding for development and infrastructure for bitcoin.

Why we do it: To create an open and participatory standards body for the Bitcoin Core project.

How you can help: The Foundation's resources come from the Bitcoin community.

While these statements do explain some aspects of the foundation's activities, they aren't the best description available. A different and perhaps clearer description can be found (more recently) via an email reminder sent to members:

The Bitcoin Foundation is the world’s first and leading non-profit digital currency trade association ensuring the ongoing security and development of bitcoin and the emerging digital economy. Founded in 2012, the foundation has played a critical role in bitcoin’s growth and  development by providing transparent funding to the bitcoin core development team and strategic initiatives to fill in gaps around public policy and education. As the bitcoin ecosystem continues to grow we are renewing our focus on supporting the Bitcoin Core software project and common-good infrastructure for the new digital economy. Your support is critical in helping us achieve our mission and we’re thankful to all of our members for their contributions.

We can already start to see some of the fragmented communication that exists today. In the case of the description provided via the website—why is essential information, in this day and age, hidden behind a barrier such as an image slider? As petty as this may seem, it is hardly a trivial matter considering it shows only the initial step in a long line of issues that currently stand as a roadblock in the path of easy access to information.

In the next post of this series, I will look at other basic information presented by the foundation's website (such as the current transparency page).