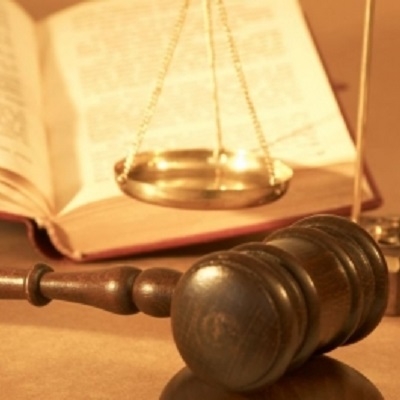 A Chinese Lawyer's Thoughts on Crypto

China has recently surpassed the US as the world's biggest economy, and although China has had problems with its shadow banking system, corruption and more, it has shown to be surprisingly open about cryptocurrencies. This may seem surprising coming from a country that is communist, at least on paper. In order to get better understanding of how the Chinese are reasoning about this topic, here is an interview with Roland Sun (孙铭), a leading cryptocurrency lawyer in China, the head legal expert for notable Chinese crypto storage company ZAFED and the Chinese crypto crowdfunding platform DACx.

Please tell me a little about yourself.

I’m a Chinese lawyer, practicing Chinese laws for more than 12 years. I have extensive hobbies ranging from economics, philosophy, football to PC games. And I’m also pretty much interested in staying abreast with the frontiers of scientific development.

How did you get into blockchain tech and Bitcoin?

I learned Bitcoin from some media in the second half of 2012. As an amateur of Austrian School of economics, I became curious about such a currency with non-elastic supply, as Bitcoin was called “virtual gold” by someone due to the limit of its quantity. Since then, I made numerous researches on the internet and read through many introductory and analytical articles about Bitcoin (including tutorials of Bitcoin wallet installation and even mining). It took me weeks to comprehend the underlying Bitcoin protocol and blockchain technology and to tell [the difference] from Bitcoin as a kind of currency. Seeing Bitcoin technically secure and economically tenable (or at least plausible), I bought my first bitcoin in late 2012. The price was just beginning to skyrocket from approximately US$10 at that time.

What are you currently working on?

As a lawyer, I advise startup companies on legal and regulatory issues. Many companies engaging in Bitcoin or blockchain technology-related business often look to have my advice in order to avoid legal trouble.

What is the legal landscape like in China regarding DACs and cryptocurrencies?

The legal landscape is still vague in China, just like in any other jurisdiction. However, China’s regulatory environment in this area is generally much more relaxed than that of the US. In my view, China is one of the most suitable jurisdictions around the world where entrepreneurs can experiment on many pioneering business models in relation to DACs and cryptocurrencies, while most of them are clearly or implicitly banned in the US. The government in China is generally tolerant, so long as your business is not designed as a fraudulent scheme. Among others, Bitcoin and like cryptocurrencies have been officially recognized as lawful virtual commodities and are therefore OK to trade, which explains why there are so many exchanges in China where spots and even futures and other derivatives are traded. The only restriction imposed here is to block financial institutions and third-party payment processors from aiding cryptocurrency businesses (yet there are still many loopholes in reality to circumvent or even penetrate that restriction). And for cryptocoin crowdfunding or crowd sales, it is even restriction free in China. That means the initiators usually don’t have to worry about facing the charge of “illegal securities issuance,” as they are likely to suffer in the US.

What fascinates you in this industry?

The blockchain technology underlying each cryptocurrency. It creates a real P2P network where everyone can transact with everyone else on an efficient and secure basis. The coming years will definitely witness extensive application of the blockchain technology. It can be applied to, among other things, the financial sectors to dispense with those traditional intermediaries and centers, and accordingly both lower the costs and improve liquidity.

What do you see is the future for blockchain tech and Bitcoin?

The blockchain tech will be widely used everywhere in [the] near [future], since it really adds value to most industries in terms of cost-efficiency and trustworthiness. Old business models will phase out with the introduction of blockchain tech as people will become decreasingly dependent on intermediaries and centers to transact with each other.

Yet Bitcoin will probably have another story. It remains unforeseeable whether Bitcoin will be well-received by the mainstream. Regulatory barriers, price volatility and accessibility are problems that hinder Bitcoin from evolving toward a kind of currency as it aims to be. While Bitcoin claims itself as a virtual gold, gold serves as rather an asset than a currency nowadays. People purchase gold typically for investment rather than use as currency. Bitcoin could share the same fate unless the underlying protocol would be significantly updated to accommodate more commercial applications.

What do you believe will be the price of Bitcoin in five years?

To fluctuate between US$200 and US$800, all depending on whether its commercial applications would mature.

What altcoins are you currently interested or invested in?