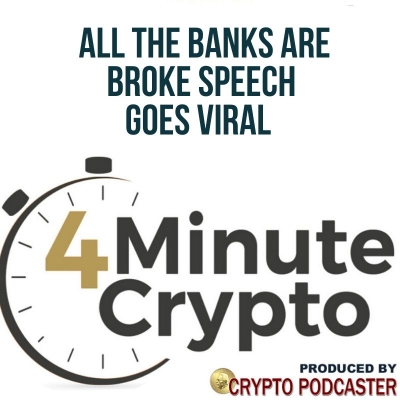 4 Minute Crypto - All the Banks Are Broke Speech Goes Viral

During a speech, Godfrey Bloom, former member of the European Parliament said, All the banks are broke. He continued by asking, Why are they broke? Answering, It isn’t an act of God. It isn’t some sort of tsunami. They’re broke because we have a system called fractional reserve banking.

DISCLAIMER: This article should not be taken as is, and is not intended to provide, investment advice.